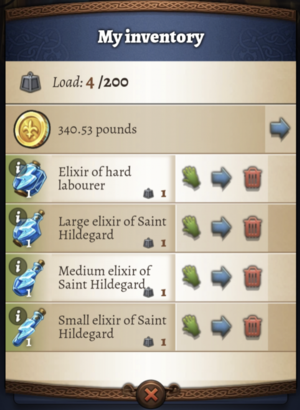 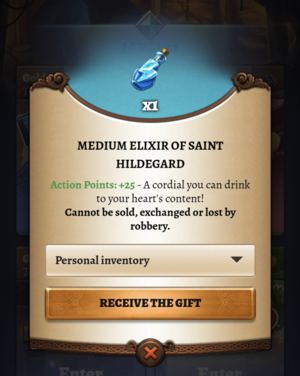 Multiple elixirs can be consumed each day as they do not provide any hunger points.

As the web-based version still uses timers for the management of the activities, consumption of the AP elixirs is currently useful only for the users playing via Mobile App. However, elixirs can be consumed via both web-based and mobile versions of the game. Their consumption makes it possible to exceed the maximum number of action points.

Note: None of the elixirs can be sold, exchanged, or lost by robbery. 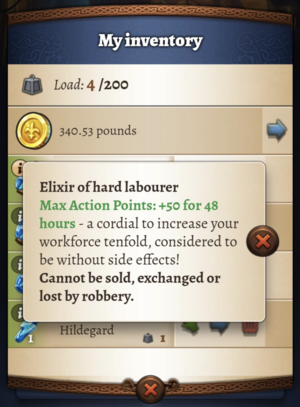 Note: Effects of drinking multiple elixirs of the hard labourer are not cumulative. Drinking a new elixir will reset the effect of the previous one, therefore, the effect will always be active for 48 hours relative to the time of consumption. To track this, an event is received indicating the duration of the effect. 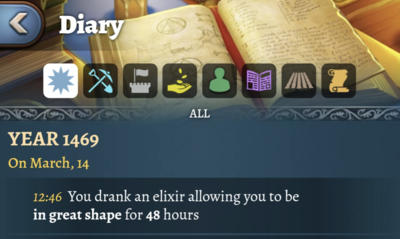 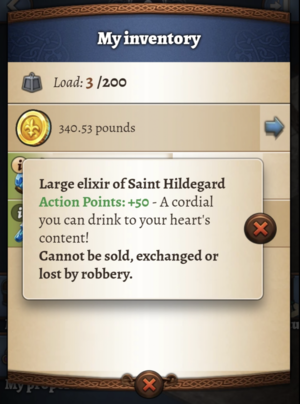 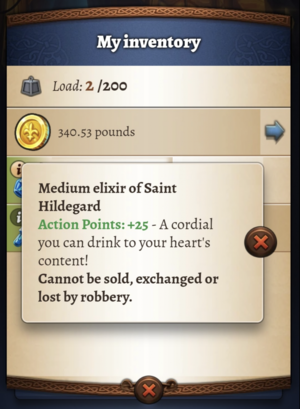 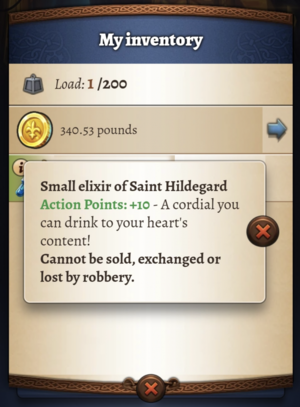