Monasteries called also Abbeys, are a special place on the map of the world of Renaissance Kingdoms. Monastery is a kind of town with special rules.

Unlike in normal towns, a resident may be a trusted person approved by the town's current ruler - the abbot. Abbot combines the offices of parish priest and mayor, and is elected by the monastic brethren called monks.

The monks, including the Abbot, have no houses or workshops; their only property is a cell granted by the monastery. In a cell, similar to an ordinary house, its occupant can store his belongings and money, and can manage property. The only property a monk may own at the monastery are two fields and an inn. 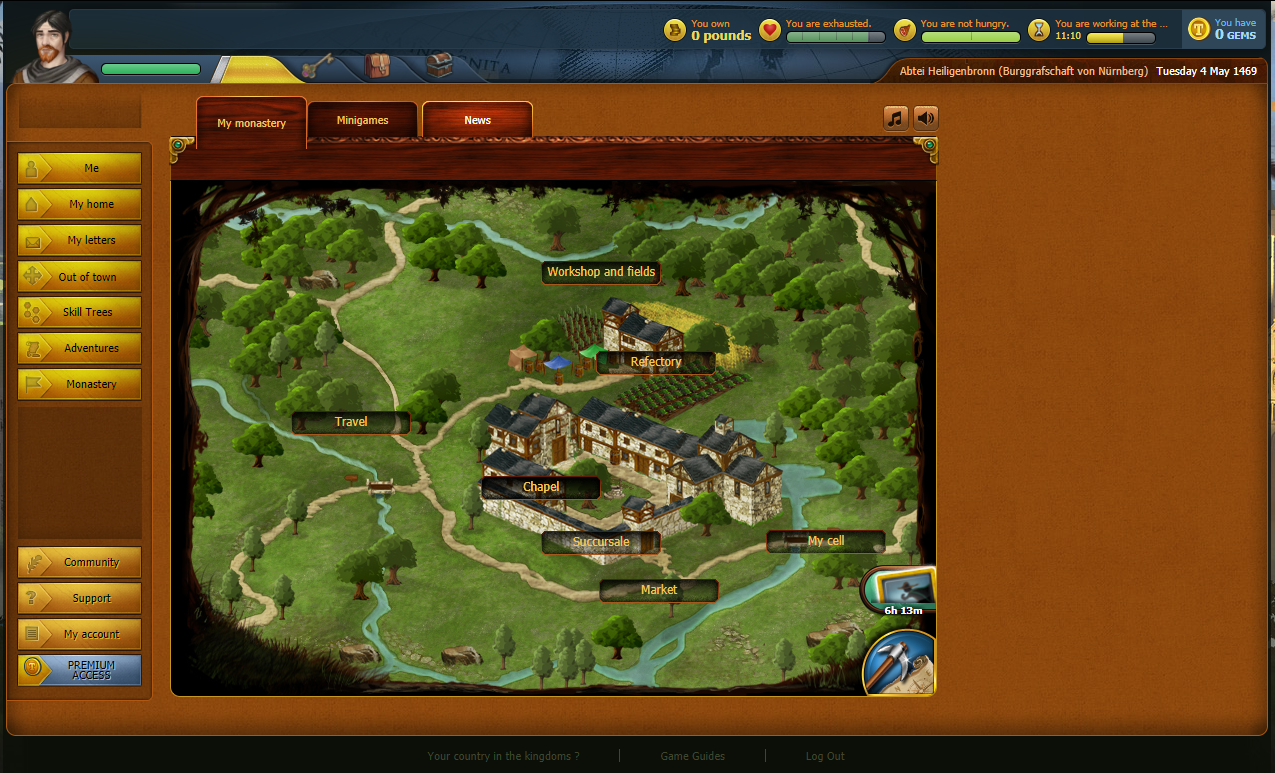 Monastery is the center of the monastery, it contains functionalities from Town Hall and Church.

Below of such lists, there are actions known from normal town church

And also information about mass times, chapel news, and diocese.

Election of the superior

Like in town's church, each 30 days there is election for Abbot. As description said, the power of votes depends on their faith. The candidate to the abbot may be visitor and member of the Abbey, but only monks, as residents, can vote in such election.

TBD: Description for location My Cell

Being a monk, differences of life

TBD: Advantage of being a monk, Monk life possibilities, how to become a monk and how to leave the monastic life

There are currently only four monasteries [verification needed] in the Renaissance Kingdoms world: